Daring to Defy a Master Plumber 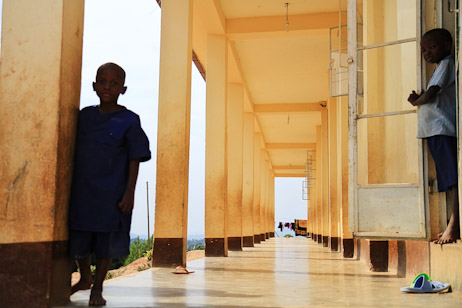 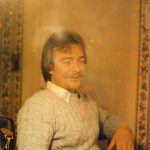 In the late 1970’s my uncle, Harry Richardson became the youngest Master Plumber in the city of Roanoke, VA.

All growing up I would find that he could bring so many of life’s challenges down to a concept related to plumbing.

He’d get a sparkle in his eye and a familiar grin would appear below his trademark handlebar mustache, and explain the solution to my problems in terms of pipe and solder.  Of all the lessons and wisdom he’d share the most common was what he called the two most important rules of plumbing – his mantra if you will:

“Water runs down hill and payday is Friday”

“If you forget the first part the second part’s useless.”

This advice came back to me as I first considered the request for assistance that came in to our office from two groups in trying to bring water to the Royal School in Mityana district of Uganda.  Love Grows and Mosaic Church from Charlotte, NC have been partnering with the Royal School to help provide sponsorship for the students and move the school towards financial independence.

At the time of construction, a suitable location for a well could not be found on the 35 acre campus.  A small plot was purchased in the wetland area downhill from the campus and a borehole well was drilled.  Lacking additional funding to connect the well to the school, the borehole was capped and has remained unused for the past several years.

The Ugandan Water Project was asked to help figure out how to get water from this borehole to flow more than a kilometer up hill to the thirsty students at Royal School. On August 2nd 2010 our team, joined by Patrick Aylard and Janet Strike -engineers from EMI, visited the school to evaluate the problem and begin formulating proposals for a solution. 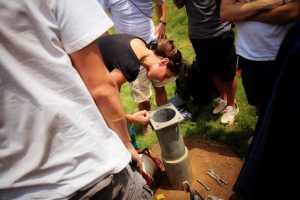 Janet Strike Measures the Depth of the Well 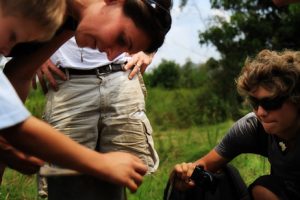 Janet's expertise with the tape measure captivates Thomas who must capture it on camera. 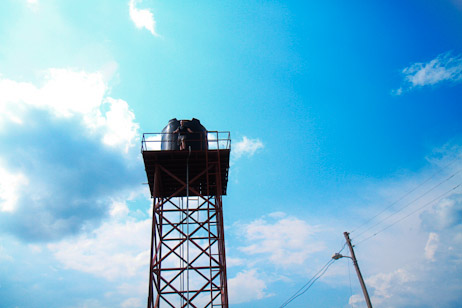 James Harrington, UWP Director, looks down from one of the elevated water towers, providing a commanding view of the Royal School campus.

Since our site evaluation back in August, we have proposed two primary options to the school and it’s partners.  The first option involves installing a pump and conduit from the well up to the campus.  The biggest challenge related to this option is that it requires securing permission to cross neighboring properties between the well and the school and the risk of damage to the conduit over time.  The second proposal involves a new geophysical survey of the campus recognizing that we now have access to drilling equipment that can go 50% deeper than drilling rigs typically available in Uganda.  The major challenge of this option is that there is no guarantee that we will find an aquifer on the campus property and if we do its yield may be less than the existing well.

Ultimately, the best solution is to pursue both options because in order for Royal to best serve the children, agriculture and livestock programs need to be introduced to make the school self-sustaining.  Ultimately it all comes back to the children. 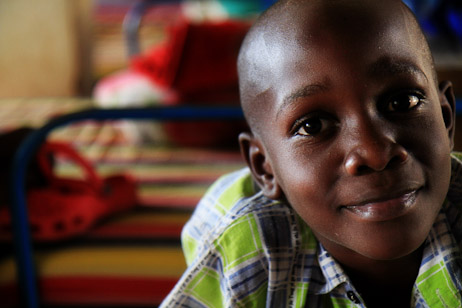 You can be part of this exciting project to help Royal School – giving is simple and any amount large or small makes an impact. With your help we can defy my Uncle’s plumbing mantra and bring water uphill to those kids.  Simply click here:

Give Water. Give Life.