How Many People Did We Provide Safe Water For? 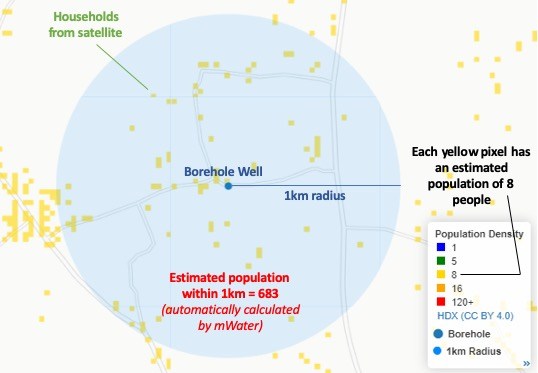 Here’s the scenario: The Ugandan Water Project has just restored a broken borehole that had been sitting idle for over 5 years. The pipes had long since rusted and the community had been unable to mobilize sufficient funds for the costly repair. The project’s donors, members of a small church congregation in the United States, are eager to hear a report on the project they sponsored. They had just spent weeks fundraising for it.

We ask community members a seemingly simple question: How many people will use this borehole now that it has been rehabilitated? First, we ask the local hand pump technician: 400 people, then a neighbor to the borehole: about 330 people. Later that day, we ask the local pastor: at least 500 people, and an elected community official: 786 people. What we discover is quite puzzling: We get a different answer from each person we ask.

The hand pump technician remembers how many households he had to visit last time he and the water committee were collecting money for a repair. The neighbor considers how many households are in the vicinity of the borehole and estimates how many people live in each home. The pastor gauges based on the size of his own church congregation. The elected community official recalls the number of voters from the most recent local election.

It occurs to the elected official to check the census data for the village, but she knows the most recent survey was years ago. Like much of Uganda, the village has grown substantially since then, making the official record unreliable. None of the surveyed community members considers how many people may continue to fetch from the local pond, nor do they consider that some on the outskirts of town fetched from the spring the next village over, even before the borehole broke down.

We are faced with a tough decision. We have been offered four population estimates, each from credible sources, but none match up. Each respondent stands by their figure, despite the fact that the highest and lowest estimates differ by over 450 people. What should we do? The project’s donors eagerly await their report.